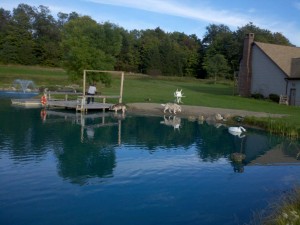 What a year here in Erie, Pa. Very wet start from April to May then bam summer just turned on. Nice and hot, the pond even reached 82 degrees for a few days. This seemed to be the norm for most of the north east part of the US. With all the rain and no sun the ponds kept clear but when the sun came out and stayed out, all the nutrients washed in from the rain blossomed into algae and excessive weeds growth.

Other parts of the nation (Missouri River), at the same time have been under flood watch, evacuations, and mandatory evacuations even to the point of creating dam and levee breach’s to release the on rush of water away from the more populated areas to farm lands ruining the crops. Talk about making the right decision to flood other parts of the landscape rather than letting the flood run its course. I’m sure it was a tough call to make, save cities and towns by flooding farm land that provides food.

At the same time other parts of the nation drought conditions kept on the rise while ponds and lakes shrunk from lack of rain and evaporation. Not a pleasant sight watching the pond shrink and potentially losing all your prize fish, source of water for crops, animals or garden. 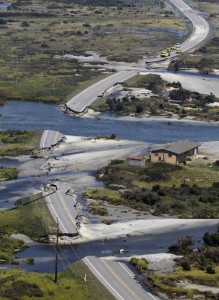 Then the hurricanes started to hit the east coast and the north east got nailed not once but twice in two weeks with major flooding and a long time to get back on their feet. Just when light was showing at the end of the tunnel, a snow storm hit these flooded areas and added to the chaos.

Not only the U.S but around the globe with major disasters, Japan Tsunami , Bannock floods , volcano eruptions, earthquakes and the list goes on. From having it all one day to having it all gone the next. It’s been a real test on humanity, emotions, resources and having the heart and soul to keep re-building and moving forward looking for the silver lining every day.

Take a few minutes and reflect on what you have, what you’ve accomplished this year and what would you do if it all was washed away? Be Thankful for what we have and live every day to its fullest.

Have a GREAT Thanks Giving Day.